Next Innovations Come From The Crowd 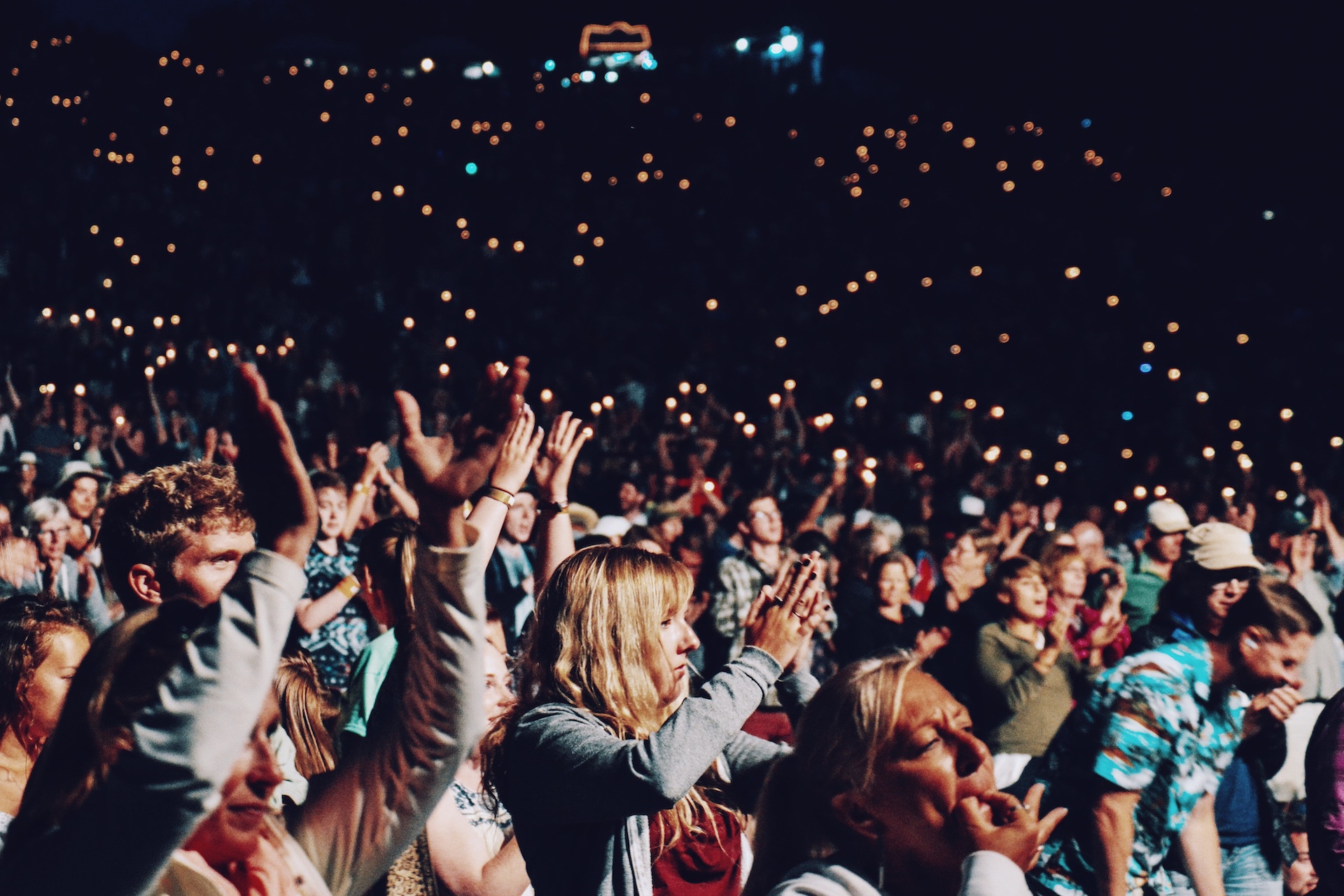 According to Oxford dictionary 1, innovation is defined as the action or process of “Make changes in something established, especially by introducing new methods, ideas, or products”. That means the originality (novelty) is one of the most critical points of anything called innovation. In addition to novelty, an innovation has to be applicable and replicable economically in real life. Otherwise, it is useless or simply a lie.

In the very past, before and during the Renaissance, innovations were usually established by some special individuals which were minor part of the population. Besides those individuals’ tremendous efforts which act as leading role in generating innovation, the access to information and knowledge had also substantially contributed to the process of innovating.

In human history, it was a long period of time that knowledge was passed and spread by rumor, word-of-mouths or more civilized, by books. Nowadays, computer and the Internet has changed everything. It help to quickly solve complex calculations, to instantly (to some extend) transmit multimedia like text, images, voices or videos, etc. But more importantly, it is acting like the biggest library of human’s knowledge that every can access. It opens and flattens the information availability gap. At this point, it is a very good reason to believe that anyone can become a creator and the next innovation can come from anyone of us.

How the crowd contributes to innovations?

We are living in the time that there were many “What an era!” had been spoken out to express the amusement and excitement to new innovations. Like no other periods, thank to the flourishment of venture capitalists, the universalization of the Internet, the entrance bar to an industry has been lower and lower that anyone with an idea can quickly entry (The more important question is how to survive after entrying, but it is out of the scope of this article, and in fact, the author also does not have enough information and ability to answer).

###CrowdFunding In recent years, crowdfunding has become a buzzword in fundraising activity. The mechanism is quite simple in which product creator asks for money from the crowd. Anyone who has interest in such product can become a backer with a small amount of money. In reverse, backer will receive the product as soon as it is released without any additional fee. With Kickstarter, Indiegogo or many other similar sites, the journey to mass production of an idea is widely opened. And indeed, there were many products coming from those sites have become the “unicorn” of the industry like Pebble smart watch, Oculus Rift virtual reality kit, 3Doodlers pen, etc., The crowd, in this case, the backers have enormous contribution to the success of those innovative products.

###CrowdSourcing Besides financial support, the crowd is also one of the most precious sources of data related to not only human but also the entire environment. Smartphone, from the segment of high-class products has become popular and somewhat universal. The superior of smartphone over feature phone comes not only from its large screen or its simple usage but also from the fact that it comes with plenty of sensors equipped inside. Those sensors can measure human activity, human behavior, environmental light density, some can measure environmental temperature or humidity, etc. These data will not be that useful if they are not gathered at one place. And again, thank to the ease of accessing the Internet directly from the smartphone, sensed data can be easily collected and gathered at one place to form the thing that we call BigData. These data, BigData, is analyzed to extract useful information in many different fields such as weather forecasting, psychology or human behavior study, etc.

The example of smartphone’s sensor above is a variance of the Internet-of-Things (IoT). The concept IoT is used to describe a world in which, everything is connected to the Internet, everything become every-smart-things. By equipping daily life stuff with different kinds of sensors, those normal stuff can gather the data about the environment surround us, or even the data about ourselves. In return, the systems that use those data can transform to adapt and response to human’s needs. All of those tasks can be conducted automatically. The crowd here is now represented by the large amount of sensors, injected into daily life, scattered through out the environment.

There is a problem that such system have to face, that is how to make it least intrusive but still maximize its ability. This is when researchers work on Human-Computer Interface (HCI). It is the question of how to make the interaction between human and computer become simple yet efficient.

###CrowdMaking The crowd making here is not the concept of how to form a crowd, but it means the crowd that make thing. This concept has come to my mind when I see that many or even most of the projects on crowdfunding sites are NOT from big company with big name and brand. Most of them, most of those innovative ideas started from a small garage of a maker, from the desk of a hobbyist or from an individual who stumbled to trouble in daily life and tried to solve it by himself/herself. This was the moment I talked to myself “Yeah, the innovations come from anyone who faces or realizes the problem, and then come down hard to solve it”. No matter how you define it, the uttermost mission of a product or a solution is to solve a problem in our human life. Where does that problem come from? Obviously, it comes every single actions or events in our society — the crowd. Then it is best if we can solve that problem by ourselves. This is not a breaking-news, but why only until recent years, have the creators in the crowd made big impact on innovation?

The answer might be because only until recently, with the help of crowdfunding sites, the fund raising has become simpler that everyone can get sufficient financial support. But as mentioned above, crowdfunding sites focus on shortening the journey to mass production. That means, it is supposed that the product has already been well prototyped and can actually work. It turns out that rapid prototyping is one of the keys to have good and actually working products. Rapid prototyping is a concept in which creator utilize a bunch of available tools and technologies to fastest make a working version of the product. The faster you can make the prototype, the higher number of iteration that you can run to refine the product, which in turn, promises increment of final (released) quality. These available tools and technologies I mentioned here is known in software development as open source platform, library, low-cost services like Amazon Cloud Service, Docker, OpenStack, etc., and in hardware as open source hardware, low-cost rapid fabrication tools like Arduino, 3D printer, laser-cutter, silver nano particle ink, etc. Not only the bar to entry the industry has been lowered thank to crowdfunding, but the bar to realize an idea has also lowered thank to those rapid prototyping tools. This leads us to a scene in which many people are empowered with powerful tools to make things that can transform our society. I strongly believe this will make a revolution in how we compete, innovate and improve human life.

It sounds like those Crowd-stuff are quite fancy. So how to make it happen? Regarding of Crowdfunding, I will not have further comment here as those guys in Kickstarter and Indiegogo are really nailing it. I want to give a little more detail about CrowdSourcing and CrowdMaking which are things that I have been doing recently.

Research in Rapid Prototyping - To CrowdMaking

The keypoint to realize CrowdMaking is that everyone can quickly try and realize an idea to evaluate if it is really work or not. Recent developments in technology and new material have brought us a bunch of powerful tools to rapidly fabricate really working prototypes. Among these, our research is focusing on rapid prototyping of electronic circuits. Traditional method to rapidly prototype electronic circuits is to use breadboard to make the wiring. This method is quite convenient to simple electronic circuits but it is escalated quickly when the circuits get more complicated. Another method to make electronic circuit is to use Printed Circuit Board (PCB). However, PCB board is mostly used in mass production as it takes quite long time to make a PCB board (depend on the size of the board also the technology used to fabricate PCB). In our research, we used comodity inkjet printer to print conductive ink into special photo paper. We call this technology Instant Inkjet Circuits. The conductive ink we used here is special Silver Nano-particle Ink that can establish conductivity almost immediately after printing. Thus, we can quickly print conductive pattern at low-cost. However, Instant Inkjet Circuits has some problems that need to be solved in order to broaden its application.

Resistance - Improve printed conductivity by overprinting Although silver is known to have better bulk conductivity than copper, however, as silver nano ink needs chemical sintering to establish conductivity, the sheet resistance of silver ink printed pattern is still high at 0.2Ω/sq (ohm per square). This is not enough to make efficient application like antenna for wireless power transmission. There is a solution to this resistance problem is to re-print the pattern over and over by reloading the paper. However, this method causes misalignment between each printing times. In order to eliminate these misalignments, we decide to implement a overprinting mechanism that continuously re-print the pattern at each passing time of printed head. The modification is made in printer opensource driver Gutenprint so it can be used in hundreds of printer brand that Gutenprint supports. By overprinting for 10 times, we have succeed at bringing sheet resistance down to 0.043Ω/sq, 5 times lower than the non-overprinting printed pattern.

Research in IoT and sensors - To CrowdSourcing